The slogan of The City is for All „Living on the street is unrealistic” has gained new meaning since October 15, 2018 when the legislative amendment prescribing harsher punishment for the offence of sleeping rough entered into force. Here we will give an account of how the law has played out so far and of what can be done to help our homeless compatriots to overcome this period of extreme uncertainty, until the time when we have more insight into how this legislation is applied in practice. This knowledge in itself will not improve their situation, but it will make it at least more predictable. 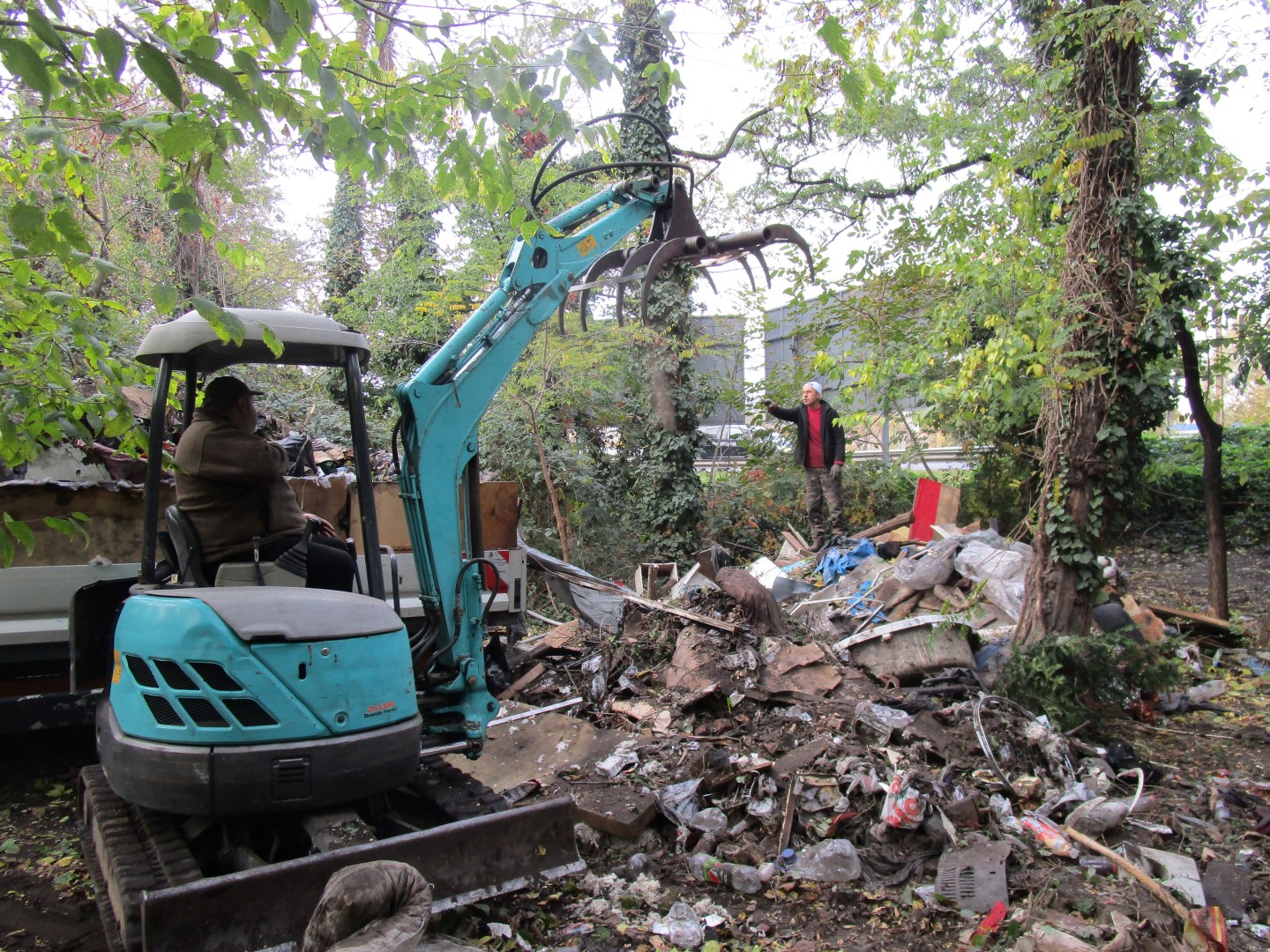 The law permitted the criminalization of homeless persons already before 15 October; local municipalities were charged to devise regulation on the issue. The amendment of the Criminal Code orders the mandatory penalization of habitually staying in public spaces, with a national scope. Social care professionals have been following the developments around the amendment’s entry into force with worry and dismay. Writers, lawyers, then judges and doctors publicly expressed their objection and their solidarity with the homeless in open letters.

In its official communication, the government refers to 19,000 places in the homeless shelter system, but give not citation to the data source. Hungarian Central Statistical Office’s latest data records about 11,000 places, with no substantial growth in the past few years.

On the day of the amendment’s entry into force, police issued 27 warning notices, more than one hundred by the second day, and a total of 193 until 24 October, according to police statistics. Street social workers, however, reported numerous encounters between police officers and homeless persons, where it is unclear if the verbal warning is also an official notice or not – for the homeless person as well as the social worker. This is so because the verbal warning notice to be given to homeless persons is not in use in any other form of offence – it was introduced specifically against habitually dwelling in a public space. This makes this practice discriminating, and jeopardizes the legal certainty of affected persons. If a homeless person is unsure about the official status of the warning they received, the only way to find out is to inquire from the police – risking another warning, if they do so near their usual living area. 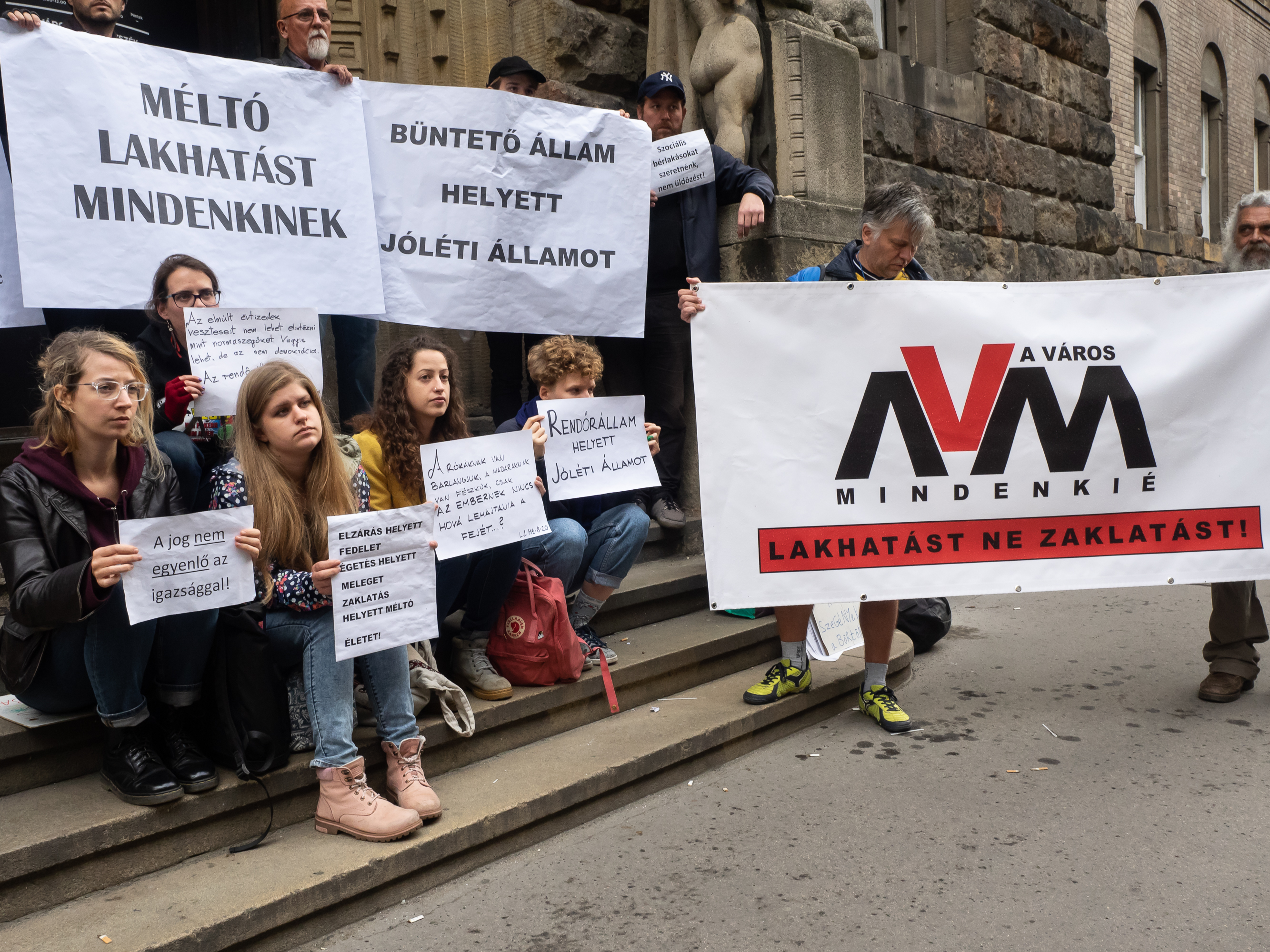 The legislation itself is based on the discrimination of homeless persons; this police protocol is discriminating; and this is not the single discriminating practice in the application of the law. The first judicial judgements against homeless persons incited huge media interest. The court hearings took place the days subsequent to arrests. Offence detention can last up to 72 hours, after which the suspect is released until their hearing. The law maker, however, ruled that the court hearing of arrested homeless persons be held before the end of the 72 hours detention, as finding the suspect could be complicated if they are released before the hearing.

The first court decisions, condemning first a man from Gödöllő (a town in the Budapest agglomeration), then a woman in Budapest, and later two other men from the capital, attracted strong media interest. Lawyers as well as affected persons demanded that the accused be present on their own court hearing; but in all cases defendants remained in the detention facility and connected to the courtroom through ICT (video conference call). Lawyers of the Street Lawyer Association argued this was unjustified, and the procedure was discriminating; this process is only used for protected witnesses or at the explicit request of the defendant, and any other application is unprecedented.

Another ambiguity with regards to the application of the new legislation was the precise practical definition of habitual dwelling in a public space. The amendment provides no new ruling about applicable measures against homeless persons in self-built huts. Nonetheless, in the days prior and after its entry into force, the police gave out informal warnings (information flyers about the new regulation) and patrolled in areas with multiple homeless huts. They typically informed hut dwellers that they cannot stay in their homes, and cites the new offence regulation; however, from a legal point of view this was incorrect. Tearing down a hut built by homeless persons requires a separate legal procedure. However, probably not independently of the legal uncertainty created by the new amendment, Pilis Park Forest staff destroyed the homes and belongings of 15 persons over the long weekend between 20 and 23 October. The City is for All and Street Lawyers Association reported a crime. In a similar case five years ago, the victims of illegal hut destruction won a legal action for damages – these cases were brought to court by the Legal Defence Bureau of National and Ethnic Minorities (NEKI) at the initiative of The City is for All. 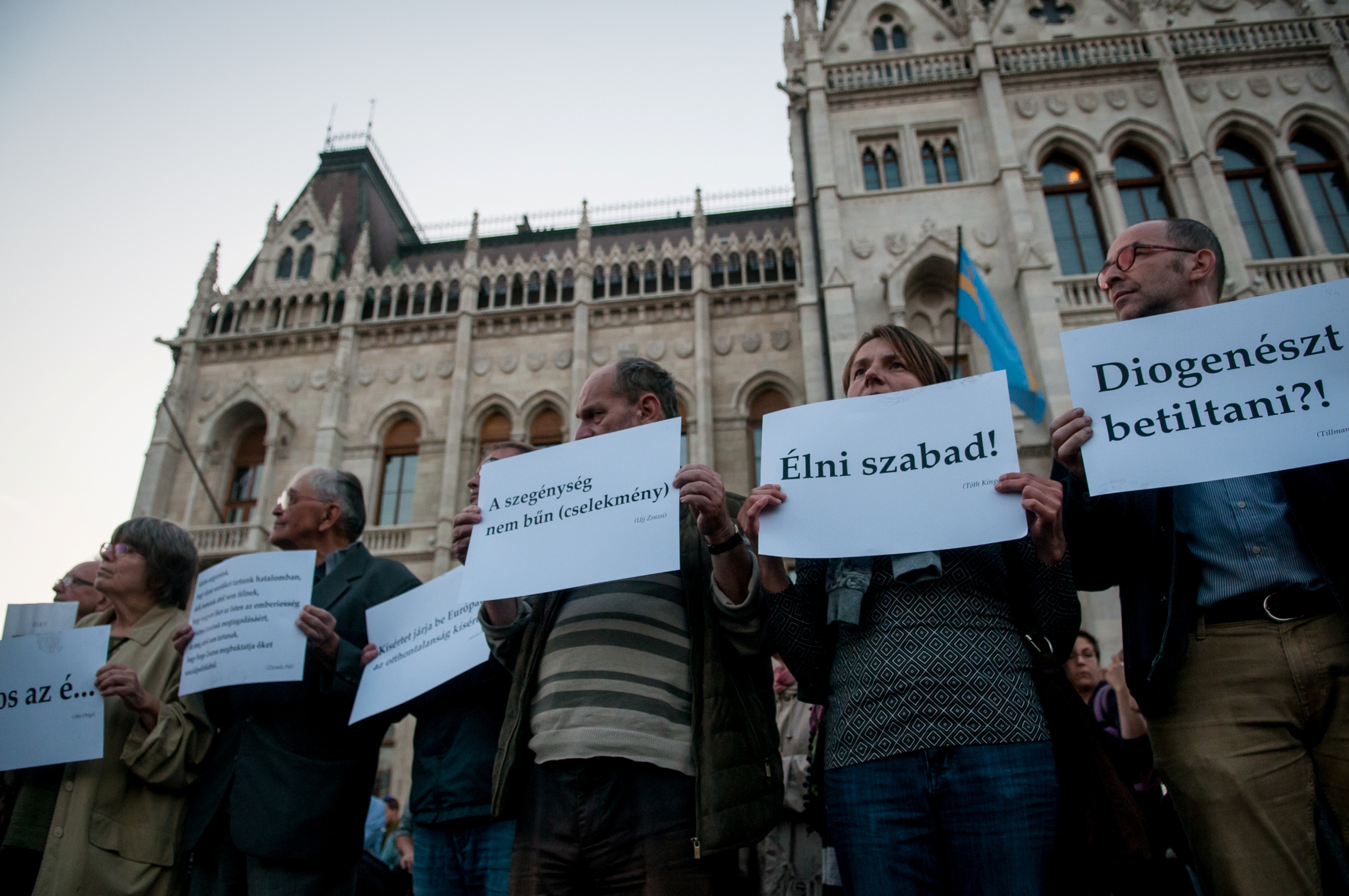 The fear of police warnings and the destruction of their homes does drive the homeless away from their usual place of habitation: many news sources reported that many such places are now empty. However, this does not solve the problem. Shelter managers do not report a statistically significant increase in demand for their services. And even if it was the case, homeless shelters in Budapest have already been operating above capacity in the winter months, so new lodgers could only enter if they crowd out others.

In the last few days, however, courts seem to have awakened. Almost two weeks after the new regulation’s entry into force, a homeless defendant was acquitted in Pécs (Southern Hungary). In Kaposvár (Southwestern Hungary) the judge decided not to issue a judgement; instead, the court opined that the regulation is unconstitutional, and sent the issue to Constitutional Court.