This was the 7h march for the right to housing organized by The City is for All, where two thousand people raised their voice for decent and affordable housing. The event called attention to the critical situation of housing that affects more and more citizens and held the national and local governments accountable for their lack of adequate responses to this situation. Organizers also offered a list of recommendations that could solve housing poverty in Hungary. 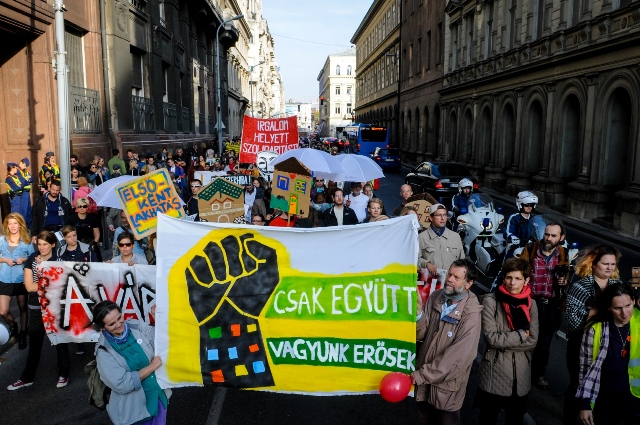 Each year 200 billion Forints from the state budget are dedicated to housing by the current FIDESZ-KDNP government, but only a small portion of this goes to address housing poverty. 80% of the total amount supports the middle and high class by promoting home ownership and indebtedness. At the same time, a significant part of the Hungarian population has been experiencing deteriorating living condition. 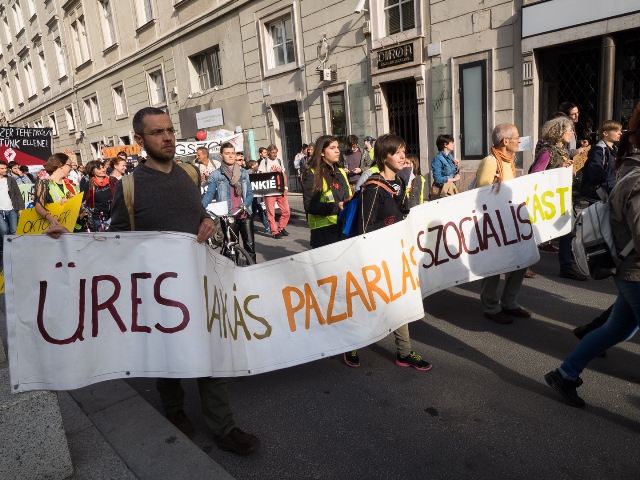 In Hungary around 4000 evictions will have taken place by the end of 2017. Over the past five years, rent has doubled in Budapest, while wages have not increased significantly. From an average monthly salary, it is impossible to either buy an apartment or rent one without getting into debt. 140.000 households are not able to pay their mortgage and 1.5 million people live in households who fail to regularly pay their housing expenses. There are more than 100.000 people without a fixed address, who are not entitled to medical and social care and are also unable to vote. 200.000 children grow up in homes without a bathroom and one-third of all young people live in moldy housing. 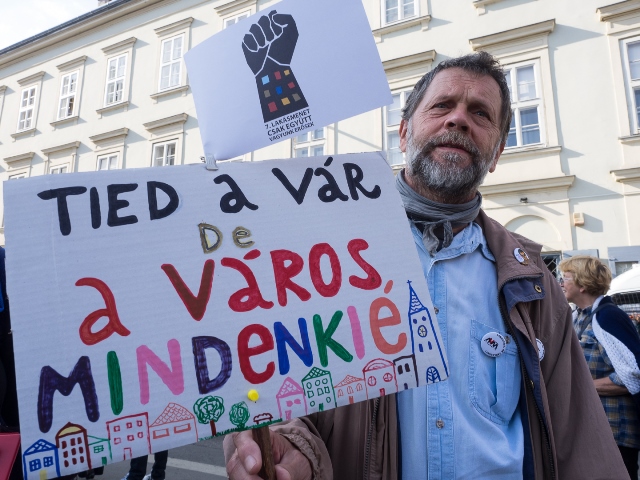 The housing march passed by four public institutions that are responsible for ending the housing crises. From the Municipality of Budapest we demanded rent control, the construction of social housing and the re-introduction of the municipal overheads assistance program. From the Ministry of Interior, we demanded the codification of the right to an address and guarantees that social housing goes to those who really need it and not to the friends of government officials. From the Ministry of Human Resources, we demanded the re-introduction of the national housing support program and full respect for the law that prohibits the separation of children from their families due to financial problems. At the last stop, in front of the Parliament, we demanded an end to evictions without alternative placement, the development of a national housing strategy and the appointment of a government official specifically responsible for housing. 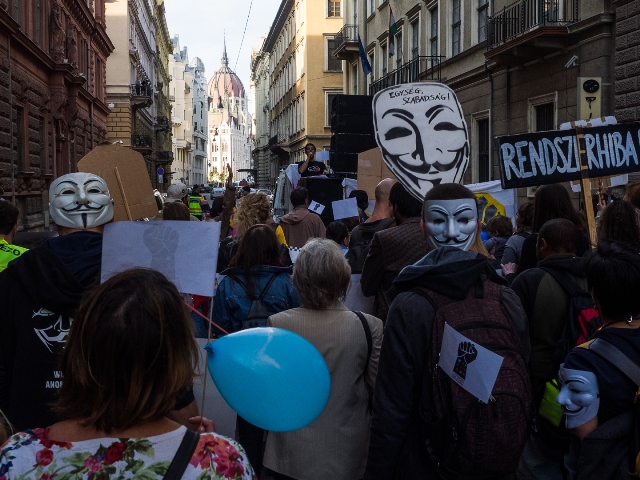 The Housing March was part of the Fall in Motion program series organized by marginalized social groups who want to stand up for our rights together including the Roma, the disabled, LGBTQ citizens and poor people, who are all affected by housing poverty.

A few days before the march, The City is for All organized a roundtable discussion where we managed to get six opposition political parties committed to six of our housing demands. Representatives of the parties pledged – upon their election to government – to adopt the right to housing into the Hungarian Constitution, develop the public housing sector, introduce the national housing support and debt relief programs, make the private housing sector affordable and safer, ensure the right to housing for families with children and repeal the legislation that criminalizes homelessness and squatting.

Thank you for the support provided by XminY. and all the private donations!

Photos about the Housing March >>>

Demands of The City is for All >>>

Support The City is for All and the struggle for the right to housing in Hungary! >>>