Up until 1989 there was state socialism in Hungary. After this ended, the number of apartments owned by the local authorities dropped because of capitalist privatization. Today we have mass housing poverty. A lot of people became homeless when they were made redundant either due to the change in their family status or because of the credit crunch. This is a problem of the social welfare system, but in Hungary it is addressed using law enforcement methods. 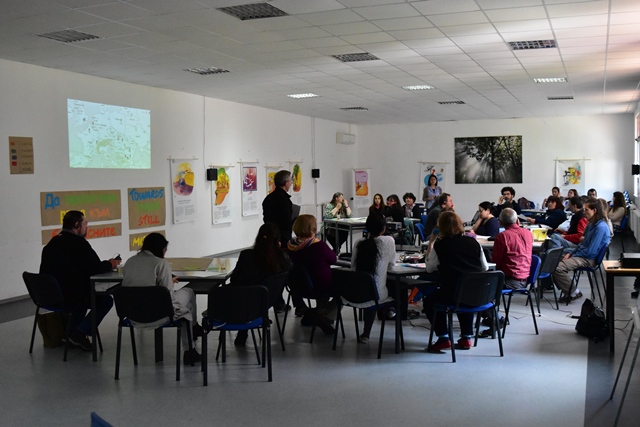 There is discrimination against a homeless person when they use public space just like a member of the middle class. If may be both just sitting on a bench and the authorities will judge them by their clothes and their appearance. In 2013 the criminalization of sleeping on the street was codified in the constitution of Hungary, even if you do it because you are too poor to live anywhere else.

Gábor Hajas is 55 years old. He became homeless after his divorce. He gave up all his belongings to his ex-wife and children, which also played a part in his becoming homeless. He had many jobs and he had his first job when he was still going to high school. He was brought up by his grandmother and then he grew up in a foster home. Later, he was taken to a juvenile detention center. After leaving, he didn’t know how to start out in life. He got married and had two children, and later he got divorced. Losing his family got to him and he started to have alcohol problems. He came to live in Budapest and lived in a rented apartment before becoming homeless. He continued to work even while homeless, but his lack of housing began to interfere with his ability to work. 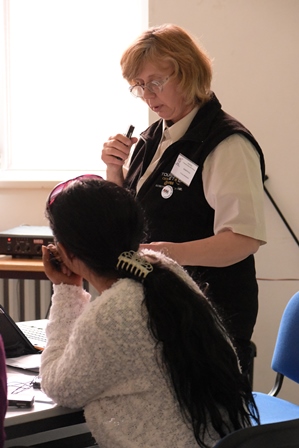 He went to a homeless shelter, but there he was called names and he was excluded. The social workers gave him no hope of ever finding a home again, so he went back to live on the street. Due to a motorbike accident his eyesight got very weak even before he became homeless, but afterwards it deteriorated so badly that he must use a white came when he walks around unknown terrain.

He then approached the City is for All and became an activist and a member of our Streetlawyer team. He also worked in the advocacy and housing working groups. He gave talks and was featured in video spots. Currently he is working at a farm tending horses and other animals earning money, yet he has still no hope of finding a permanent home.

This is the text of his video message to the participants of a workshop in Sofia: „As a disabled homeless person, my message to the participants is that people should not look down on us. We should be considered human beings with dignity like everyone else. We are citizens, no worse than any others. We pay our taxes and all. Just because we are homeless and disabled, we should not be patronized and scorned. We are citizens in our country and in the EU, so people shouldn’t look down on us.

What is important for you about The City is for All?

There’s one thing I like a lot about The City is for All and that is the fact that they fight for our rights and interests. For homeless people and those who are also disabled. They can go out there and take action to defend our rights. That’s it.”

The City is for All is an organization made up of the homeless and formerly homeless people as well as their allies who fight for a just society and equal rights. We also fight against discrimination in public spaces and homeless shelters. Homeless people living in shelters are unable to step forward and get out from homeless shelters, because they are out of sight (unlike the ones on the streets). Hence, they have no hope to get help with housing. Neither them, nor people on the streets have any private space. They have no hope for renting a apartment without a job or money. Many of them do have a job, still, that is not enough to find a place to rent. The general public sees only those people living on the street, but they are unaware that many more people are affected by the housing crisis.

Homeless people with a disability face even more difficulties and they face with rejection not only from the society but also often from professionals. In addition, Hungary does not obey the international legal regulations regarding the rights of disabled people. In 2013, the government cancelled the deadline to make public places accessible for people with disabilities. Hence, there is no accessibility either in communication or in physical space. If the members of the society were more tolerant, there would be more success.