We are members of the Budapest City is for All, all homeless or people experiencing housing difficulties. We turn to His Holiness, because we would like you to know how the Hungarian state treats homeless people. We know that you actively stand up against the oppression of poor people all over the world, and you have provided a lot of support for homeless people as well. Please turn your attention towards Hungary! 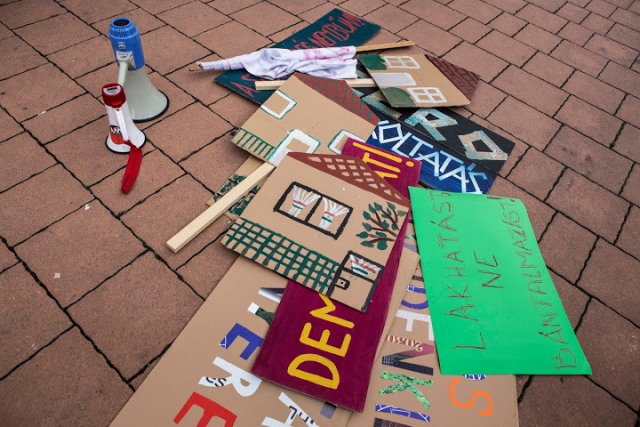 In Hungary there is an increasing number of people living in poverty, and the government is increasingly restricting support for them. Because of the irresponsible, insensitive and discriminatory measures, human fates and lives are destroyed and families are broken apart. Why do we have to suffer in the country where we have grown up, studied and worked? In The City Is For All homeless people, people living in housing poverty and their allies work together. With all of our acts and all of our strength, we work to end the humiliation and oppression that poor and homeless residents experience in this country so that everyone can live a dignified life. We want people to get housing, work and proper income. We are not asking for alms instead of harassment, persecution and discipline.

Hungary is the only country in the world which has included in constitution the possibility to persecute homeless people. Since 2013 habitual residence in public places is a punishable offence. Since the Act on Petty Crime came into force, charges have been brought against 500 homeless people just because they do not have a home and are therefore forced to live on the street.

As you Your Holiness may know, today in Hungary a coalition government is in power, which considers Christian values important. Even the name of one of the ruling parties is precisely this: the Christian Democratic People’s Party. With a few exceptions, all the representatives of the ruling parties voted in favour of the law that has criminalized homelessness. Over the years, several religious communities have expressed their objection against the criminalization of homelessness, including the Community of Sant’Egidio, the Bokor Community, representatives of the Evangelical Church and two rabbis. With the help of His Holiness we would like to open the world’s eyes and touch the souls of people. (Almost) everyone disdains and persecutes us just because we have no home. However, we are also people with a soul and a suffering body. Members of The City is for All respectfully request His Holiness to stand by us, and raise your voice against the persecution and oppression of homeless and poor people. We are kindly asking you to publicly condemn the inhuman and humiliating law, which punishes people living on the street. Also, please, give us an opportunity to personally meet with you and provide a report on the situation in Hungary.

My Lord, lead me from death to life,

From lies to truth!

Lead me from despair to hope,

From fear to faith!

Lead me from hate to love,

From war to peace! 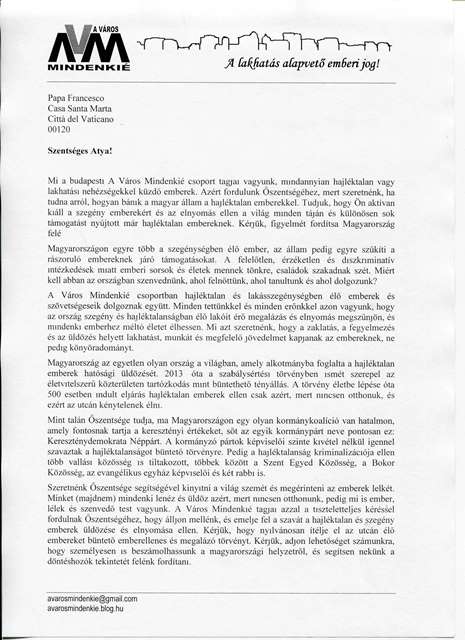 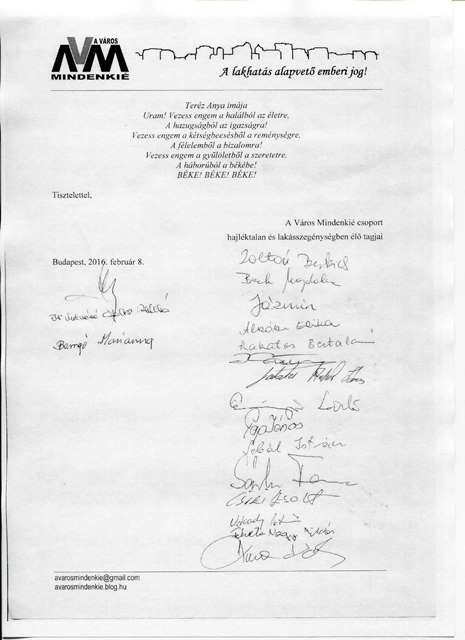