On October 16, 2014 the appellate court of Budapest made a legally binding decision regarding the demolition of self-built shacks by the municipality of the 14th district of Budapest. The court ruled that the municipality acted illegally when it destroyed the shacks and other possessions of six homeless people on October 18, 2011. Prior to the demolition, the authorities had not initiated any official procedures against the shack-dwellers. Many inhabitants were not at home when the bulldozers arrived and were thus not able to save any of their belongings. Those who were present were forced to witness the destruction of their homes and were offered no appropriate alternative accommodation. 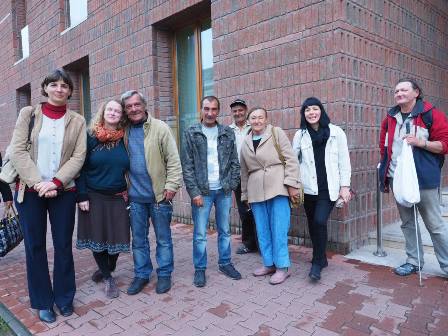 At the time of the destruction, the six homeless plaintiffs had lived in the shacks for as long as 6-8 years. Even though their homes had been constructed illegally, the owner of the land (the Hungarian Railroad Company) never initiated any action against them. The day before the destruction, the local municipality signed a rental contract with the company in order to carry out „cleaning activities.” Apparently, this was an attempt by the municipality to create an appearance of legality. However, the authorities did not properly notify the inhabitants about the impending eviction nor did they produce any legal documents authorizing such action on the premises.

A few months after the destruction of their homes, the plaintiffs – with the help of A Város Mindenkié (The City for All, AVM) and the National and Ethnical Minority Legal Defense Office (NEKI) – sued the municipality. After five hearings between October 2012 and February 2014, the first instance Court ruled that the municipality did in fact violate the personal rights of the plaintiffs, including their rights to human dignity and equal treatment by destroying the shacks without an official procedure. After the municipality appealed the decision, the appellate court confirmed the previous decision in October, 2014 and ordered the municipality of the 14th district to pay the equivalent of about €1600 to each plaintiff as compensation, plus interest since the date of the eviction. In addition, the court obliged the local mayor to apologize to each plaintiff in writing. In her final speech, the appellate court judge called the argument of the municipality’s lawyer cynical when he argued that the shacks were destroyed to protect the life of the residents in case a train call fell off the train tracks.

In all, AVM, NEKI and the homeless plaintiffs consider this decision to be of historic significance as it sends a very clear message to all local authorities: homeless people are full-fledged citizens whose rights have to be equally respected. We hope that this decision will prevent any further arbitrary and violent destruction of self-built shacks. At the moment, around 1,000 people live in such homes in Budapest only.

Photos about the appellate court procedure

Photos about the destruction of the shacks