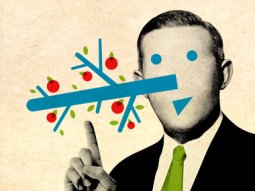 The politicians of the Hungarian governing party Fidesz have been making false statements concerning the modification of the Law on Infractions, which has made homelessness illegal and created homeless-free zones. On September 30, 2013 – the day of the final vote – Fidesz released yet another misleading communication. This reached all media outlets through the National Press Service and a large part of the population as well. As the communication is fraught with inaccuracies and half-truths, we are presenting the actual facts in the following.

Fidesz statement: „Today care is provided to everyone who is homeless.”

Fact: In Hungary today there are about 11,000 places available at homeless shelters. A large part of these institutions are running to full capacity throughout the year and in the winter, overcrowded night shelters provide for people way above capacity – while there are still thousands who have no shelter whatsoever. To meet the growing needs in the winter months, shelters try and increase their capacity by creating extra sleeping room in corridors, under beds and in stair landings. As for those living outside of institutions, according to National Rehabilitation and Social Services Bureau, in 2012 in Budapest alone more than 4000 people were registered by street workers as living on the street. The preliminary data from the census of 2011 suggest that there are at least 17,000 people in Hungary who live in public spaces or in spaces unsuitable for housing (e.g. huts, cellars, storage rooms, etc.). In accordance with these data, a recent survey conducted by the Ministry of Interior also found that – in contrast to official government propaganda – there is a shortage of places for the care of those living on the street in numerous cities in Hungary.

In all, it is not true that there is a place for everyone who is homeless. There are many more homeless people living in Hungary than the places in the homeless shelter system.

Fidesz statement: „Now it is the obligation of local governments to prevent homelessness and provide care to homeless people.”

Fact: The provision of social services for the homeless was defined as the obligation of local governments as early as the Social Care Act of 1993. The rephrasing of this obligation in wider terms in the new constitution and in the Act on Local Governments has added no extra obligation that would make these bodies more accountable. In this way, these pieces of legislation did not bring about any tangible changes in terms of neither the prevention of homelessness nor the services for people who are already homeless. Moreover, while Parliament passed a law stating that the provision of social services for the homeless is a municipal responsibility, it also put an end to local housing subsidies for the needy, which could be a major tool to prevent homelessness.

In all, it is not true that local governments today have more obligations in terms of homelessness than under any under previous governments.

Fidesz statement: „The current government is not downsizing but expanding homeless services: last year alone it spent more than 8.5 billion HUF on them.”

Fact: The real value of the normative state support for homeless services facilities (such as day shelters, one-night shelters and provisional shelters) has decreased by 15% since the current government started its term.

In all, homeless care facilities have less state subsidy at their disposal to finance their services than before.

Fidesz statement: „Since our government started its term in office, the number of people dying of hypothermia in public spaces has been minimized.”

Fact: According to the official data of the National Bureau of Statistics, up to 1977 fewer than 100 people died of hypothermia per year. Since 1985 this number has been consistently over 200 and steadily on the increase. The worst years so far were 1993 and 1999, with almost 400 lives lost to cold each time. In 2010 there were 332 people who died of hypothermia. According to the data The City is for All received from the Bureau for the 2003-2011 period, the year 2004 saw the least people die of hypothermia: a total of 24. Ever since, the number has been almost consistently growing.

In all, the number of hypothermic deaths has not decreased since the current government started its term neither at the national level, nor in the capital Budapest.

Based on the above data, The City is for All is calling on government decision-makers and the media not to mislead citizens. If a legislative measure can only be supported using untruthful statements, that measure is obviously wrong. Official data give a clear indication that coercion, persecution and imprisonment can bring no relief to the people who live in public spaces. What it takes is a long-term and comprehensive housing strategy, a broad network of subsidised housing facilities and proper housing support for those in need.