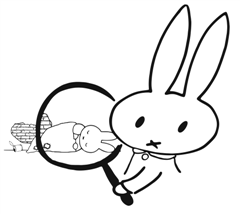 In 2011, The City is for All launched a participatory action research project about discrimination experienced by homeless people in Budapest. The study has been a groundbreaking effort in Hungary to involve people who are directly affected by harassment, exclusion and discrimination in scientific research. In line with the principles of participatory action research, the Justice on the Streets research team was made up primarily of homeless people.

The study focuses on the experiences of people living in public spaces and one-night shelters regarding social and health services, uniformed authorities, public transportation and employment among other and is based on a combination of qualitative and quantitative methods.

The research report can be downloaded from here.

A few highlights of the study include the following:

* 75% of respondents have experienced discrimination because they are homeless.

* 57% of respondents have been treated in a humiliating manner because they are homeless.

* In the 30 days preceding the survey, 59% of homeless respondents were stopped by the police for an identity check. One third of this group was stopped over 4 times.

* 37% of respondents have lived in tents or self-made shacks. A little more than half of them have been threatened with the demolition of their dwelling. In 31% of the cases, the shacks were actually torn down.

* Authorities have taken measures against 23% of our respondents for „residing in public space,” i.e. for being homeless. Based on the statistics of the Hungarian Civil Liberties Union, in the 19-month period that the law was in effect, more than 2000 homeless people were charged with illegally residing in public space and close to a total of 30 million HUF (140 thousand USD) were incurred in fines.